Hacking Hospitality: How to Fight the Cyber-criminals Targeting Business Travelers

Traditionally, financial institutions have remained the top targets of cyber-criminals across the globe. Of late, hackers are eyeing so many other things that, one would normally consider unworthy of hacking. They are even finding novel ways to monetize the data gathered through such attacks.

During the past few months, United Airlines, American Airlines, Park ‘N Fly, ​Starwood Hotel, and Hilton have all reported breaches (not necessarily attacks on their network or systems, but breaches resulting from attacks on ​other businesses). This clearly indicates that  the hospitality industry, ​particularly business travelers, are facing the biggest threat to information security. 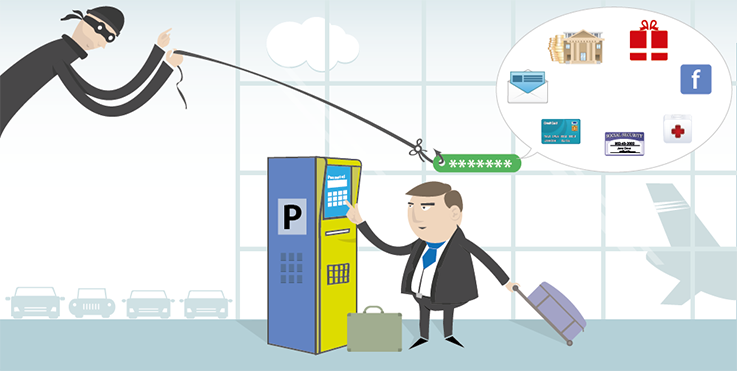 Here is an analysis of a few recent attacks:

These few instances that were ​reported in the media clearly indicate that business travelers are facing the biggest threat for information security.

The Global Business Travel Association has projected that the U.S business travel spending would touch $310 billion in FY 2015. Business travelers often don’t mind splurging on quick upgrades in flights, hotel rooms, premium ​taxi and other services. They also use corporate credit cards that have high credit limits for transactions during their business travel. The hospitality industry, in turn, provides them customized loyalty programs in which they ​can earn and redeem reward points.

Not just the business travelers, but also the IT divisions of some of the organizations in the hospitality industry adopt lax security measures when handling the customer data related to the loyalty programs. Storing and transmitting sensitive data in plain text, lack of internal access controls to the IT resources that handle customer data, and lack of effective monitoring of activities in the network are common in the IT divisions.

Though hackers follow different techniques and attack vectors, they are mainly focused on stealing credentials. Password security lies at the root of various attacks.

We have been stressing time and time again the evils of password reuse. Business travelers should assign a unique password to each website and application. When there is news of a password expose or hack, they can just change the password for that site or app alone. However, this creates the problem of remembering all those unique passwords.

IT divisions of businesses that deal with customer data should meticulously review how they store, share, and use passwords of IT resources ​in their organizations. Password management is not merely about storing passwords. It actually covers a broad range of activities, including consolidating, securing, controlling, managing, and monitoring  accounts.

We would reiterate the following best practices for IT divisions: