Yet another malware attack: macOS now the target for security attacks

Mac usage, as you’ve probably seen in your workplace, has risen exponentially in enterprises. According to a Jamf survey, 74 percent of those who previously used a PC for work experience fewer issues now that they use a Mac. Of course, Macs carry additional advantages as seen in the image below: 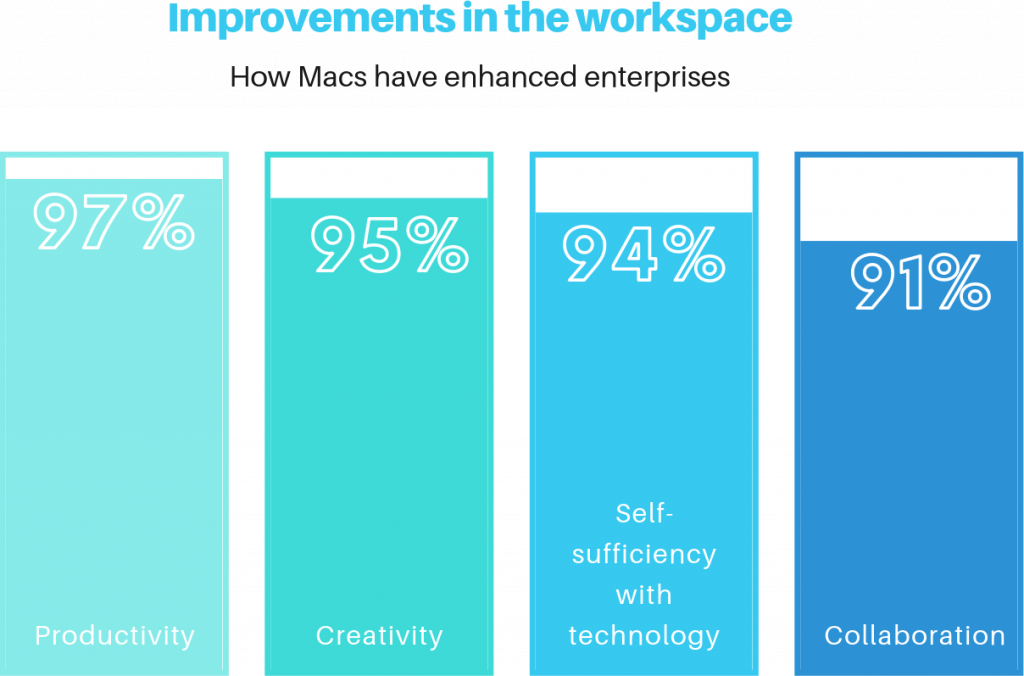 Just like you’ve been watching the rapid rise of Macs in enterprises, so have attackers—the ones wreaking havoc in enterprises through malware attacks.

Trend Micro recently discovered a malware strain developed for macOS machines; this malware masquerades as a legitimate trading app named Stockfolio, and has been stealing user information and uploading it on a third-party website.

So what’s the solution?

Well, the common factor in all these malware attacks is apps, and as SecurityIntelligence suggests, a mobile device management (MDM) solution is the answer to securing macOS from the latest malware.

The simplest way to prevent unapproved apps from being installed is by using Gatekeeper. As the name suggests, Gatekeeper ensures only apps available in the App Store and/or developed by trusted developers can be installed on macOS machines. As seen in the above examples, malware usually spreads via apps not available in the official App Store; restricting these installations can go a long way in preventing such attacks.

While configuring Gatekeeper helps in mitigating the spread of malware via apps, MDM solutions also provide two important policies that can secure the corporate data present on Macs. First is FileVault, which encrypts the data saved on Macs, ensuring zero chance of unauthorized access. FileVault’s on-the-fly encryption happens in the back end without affecting productivity.

The next important policy supported by MDM solutions is the firmware password. When this policy is configured, macOS machines can be booted up only using the default startup disk and not using any other internal or external disk, minimizing the chance of unauthorized access.

Seven ways to secure macOS deployments in your enterprise

Over the years, deployment of macOS devices in enterprises have grown exponentially in comparison to Windows PCs. Research has revealed the top reasons enterprises are adopting...