Agent Smith materializes from the matrix of Android malware

There’s a new shapeshifting strain of Android malware in the mix. It replaces legitimate apps with compromised ones and is imaginatively named Agent Smith after the iconic villain in The Matrix.

Yet another malware attack targeting Android—so what’s the big deal?

Agent Smith is similar to other malware campaigns such as Gooligan, HummingBad, and CopyCat with respect to the destruction it can cause via fraudulent ads. However, Agent Smith goes a step further than these other “agents” in how it infects devices, and that’s cause for concern.

Agent Smith combines three different loopholes—the Janus vulnerability, Bundle, and a man-in-the-disk attack—to create an army of botnets. According to Check Point Research, which discovered Agent Smith, this three-pronged attack is the first of its kind in the malware world.

Well, not exactly. What started off as adware can supposedly also steal your banking credentials and even eavesdrop. As Agent Smith is a completely new malware campaign, the possibilities might be endless.

What all countries have been affected?

The image below, taken from Check Point Research, shows the countries affected by Agent Smith. More attacks have been reported in the countries displaying darker tints of red. 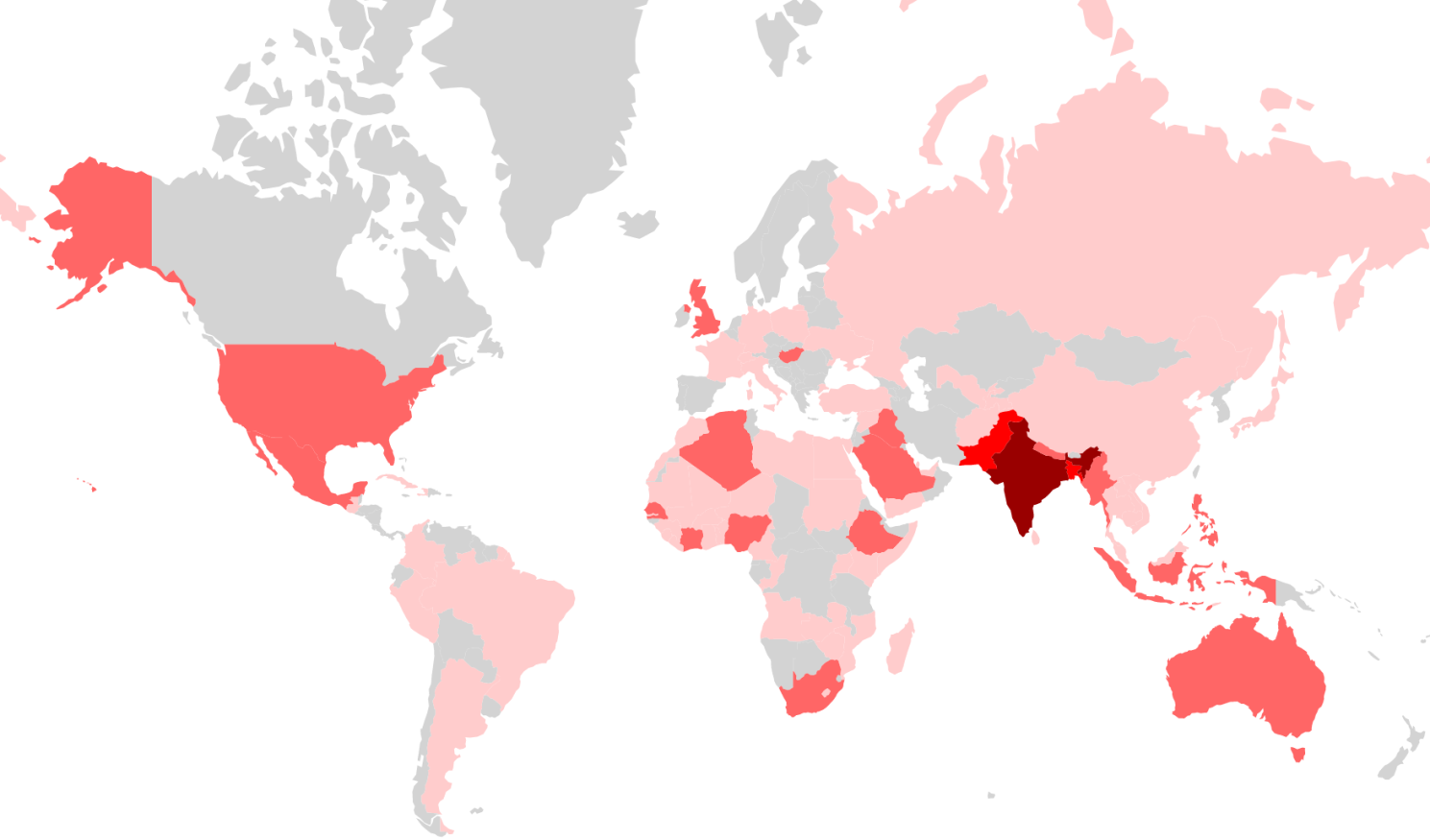 While India seems to be the most impacted, parts of the US, Europe, and Australia have fallen victim to Agent Smith. Check Point estimates around 2.8 million infections globally, with 303,000 in the US alone.

Which apps are acting as vectors?

While the list of affected apps is ever expanding, some of the apps that are acting as vectors for Agent Smith include WhatsApp, Xender, Opera, AppLock, and Truecaller.

Do enterprises need to worry?

Enterprises most certainly need to worry about Agent Smith for two reasons: one, the permeation of BYOD in the enterprise space, and two, the trend of newer malware campaigns to unleash seemingly infinite destructive capabilities. For instance, a newer version of WannaLocker that bundles spyware, a remote access Trojan (RAT), and a banking Trojan, recently targeted four banks in Brazil. As Google tries desperately to retain a semblance of security in Android, malware attacks are leveraging many different campaigns to affect millions of devices.

In enterprises with corporate-owned, personally-enabled (COPE)  and/or bring your own device (BYOD) guidelines, there is an even greater need to manage apps, as these can become primary vectors for spreading malware.

You can use Mobile Device Manager Plus to proactively protect your devices against app-based malware like Agent Smith. Click here to get your fully-functional 30-day trial.

Our hearts might skip a beat every time we put our hands in our pocket and can’t find our mobile phone, and we’re filled with dread at the thought of losing the device that...