Five worthy reads is a regular column on five noteworthy items we discovered while researching trending and timeless topics. In this week’s edition, let’s explore how quantum computing works and how it impacts cybersecurity. 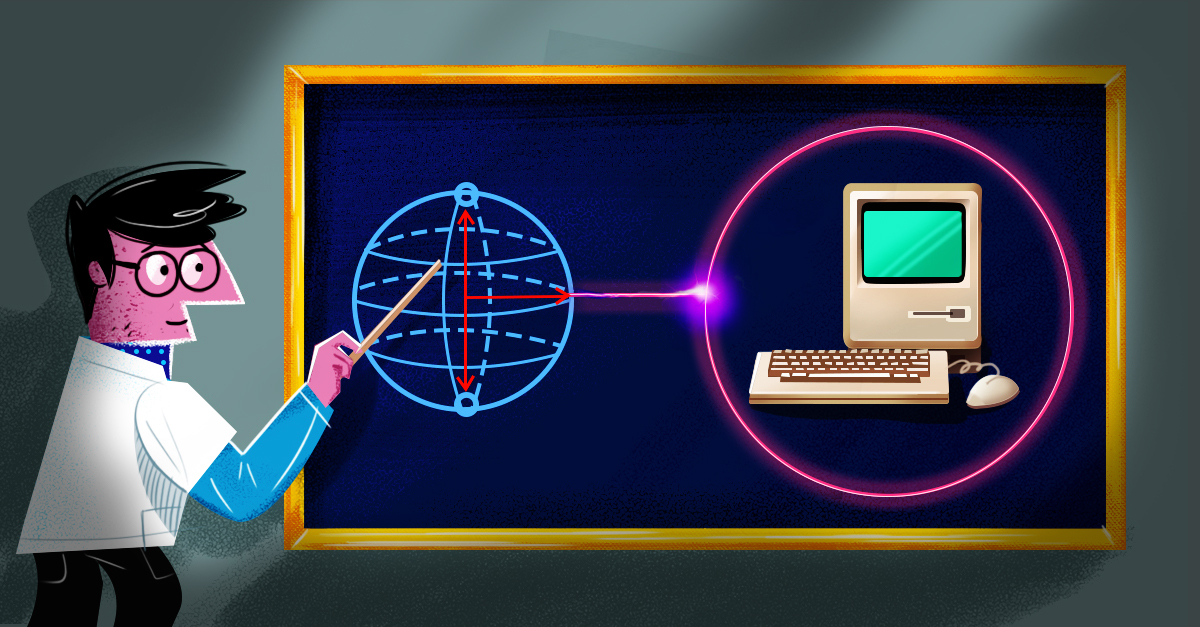 Quantum physics describes the behavior of atoms, and fundamental particles like electrons and photons. A quantum computer operates by controlling the behavior of these particles. Bits are the smallest units of information in traditional computers. Quantum computers use qubits, which can also be set simultaneously to one of two values, providing superior computing power. To visualize the difference, think of flipping a coin versus spinning it. This unpredictability is called superposition, which can be measured by electron motion and direction. Unlike bits, qubits are manipulated using quantum mechanics for data transfers, and not for data storage.

The quantum entanglement is what makes it really exciting. A close connection of qubits reacts to a change in the partner qubit’s state instantaneously, no matter how far apart they are. The transmission of information from one location to another without physically transmitting it almost imitates teleportation. When you change a molecular property of one particle, it can impact the other across space and time and that creates the channel for teleportation. Which Einstein once called this behavior “spukhafte Fernwirkung” which translates as “Spooky action at a distance”.

The fascinating thing about quantum tech is its uncertainty. This could be helpful for creating private keys to encrypt messages, which makes it impossible for hackers to copy the keys perfectly. However, a quantum computer can introduce other concerns. It could be used in codebreaking that potentially compromises IT security.

Here are five interesting reads on quantum computing and its impact on cybersecurity:

Quantum Computing May Be Closer Than You Think

Many underlying foundational technologies that rely on public key encryption are potentially at risk with the advent of quantum technology. Quantum computers are a double-edged sword that can break our current encryption algorithms, but also open the door for more advanced systems. It can help various industries, including transportation in optimizing routes, finance industries in performing risk analysis, genetic engineering, chemical manufacturing and drug development, and weather forecasting.

Quantum computers could crack Bitcoin by 2022

Quantum computers can be popular in terms of codebreaking, its capabilities can potentially introduce IT security issues. Encrypting doesn’t guarantee protection, it’s only a way to make the data harder to access. With a private key, one can easily create its corresponding public key, but not vice-versa. It could take millions of years for classical computers to find a match, but a quantum computer can easily calculate the secret private key in minutes. This means that cryptocurrency, like Bitcoins that depend on blockchain technology, are at greater risk of quantum attacks.

A sufficiently powered quantum computer can make modern-day encryption look like a side quest in the hacker’s main gameplay. Developing quantum-resistant cryptography to thwart quantum hacking is the need of the hour.

Quantum computing opens up incredible advances in computing, such as the ability to factor large prime numbers at incredible speeds. Unfortunately, the same prime factor numbering underlies the security systems we use to secure data in transit and in other information security arenas.

Building a quantum computer and achieving quantum supremacy is not child’s play. It involves huge investments, and carefully shielded, isolated environments operating at supercold temperatures. The quantum race is real, and many countries have been investing heavily in quantum computing. We should also be mindful about the “harvest now, decrypt later” attacks where an adversary can steal high-value encrypted data now and store to decrypt it later, once they gain access to a powerful quantum computer.

The quantum revolution has already begun. Organizations should start thinking about best practices like “crypto-agility”, which is the process that enables an organization to replace traditional algorithms without having an impact on any other process in the organization. They should consider quantum-resistant cryptography, as the existing encryption protocols will become obsolete in a few years. This may not seem like an immediate risk, but given the challenges and potential need for mitigation surrounding new protocols, planning ahead is wise. It may take a few more years for the technology to be commercially available, but we should also remember that a few years back quantum computing seemed like a theoretical concept.