Server virtualization has become a widely-adopted technology in data centers. The ability to share all the available resources across various virtual machines (VMs) makes server virtualization highly scalable and efficient, which helps to  reduce opex. Apparently, Gartner found more than 50 percent of overall servers in the world are virtualized. By 2015, that share will increase to 75 percent.

Unlike physical servers, monitoring the performance of the virtual servers requires a different approach. Conventional CPU and memory utilization monitoring doesn’t work. In a virtual infrastructure, the VMs share the common hardware resource such as CPU, memory, and storage. If a host has hundreds of VMs, each of the VMs shares a certain percentage of these resources, the data processing works in tandem.

Since virtualization brought in the power of easily allocating the storage space to VMs, it led to both uncontrolled growth of virtual machines as well as over-allocation of resources.  In a typical virtual infrastructure, even all of the available VMs are not used to full capacity, which wastes available resources. Hence, VM sprawl has become the Achilles’ heel to virtualization.

To avoid VM sprawl, the virtual infrastructure has to be monitored continuously to identify VMs that are idle for a certain period, VMs that have resources over provisioned or under provisioned, and VMs that are not even powered on since they were provisioned.  By removing such unused VMs – or optimizing the resources allocated to VMs – virtual sprawl can be greatly minimized. Resource optimization also avoids needless hardware purchases.

Virtual infrastructure acts as the backbone of data centers that power today’s businesses. As a business grows, it is necessary to expand its underlying infrastructure also. Without proper capacity planning, the server management team will have a hard time scaling the infrastructure to meet the business demands.

Capacity planning also requires constant monitoring of the virtual infrastructure. A trend on the resource consumption by the VMs has to be identified and should be projected over a period of time. This helps the server administrator understand the current trend and plan how many resources have to be added to handle the future load.

Overcoming the challenges with VM Manager Plus

Overcoming all these major challenges – real-time performance monitoring, sprawl management, and capacity planning – requires specialized software. The software should not only simplify virtualization management and help overcome those challenges, but it should also automate the whole process involved and reduce the IT costs.

VM Manager Plus monitors unlimited VMs, hosts, and data stores for faults and performance; and it raises alarms when thresholds are exceeded. It also provides information to manage VM sprawl by tracking a list of  idle VMs and VMs with CPU and memory that is over-allocated and under-allocated. In turn, the VMs can be rightsized for most efficient use and capacity planning. VM Manager Plus also supports live migration of VMs and updates the VM host relationship map automatically. So check out VM Manager Plus, and overcome the obstacles to maximizing your virtualized environment. 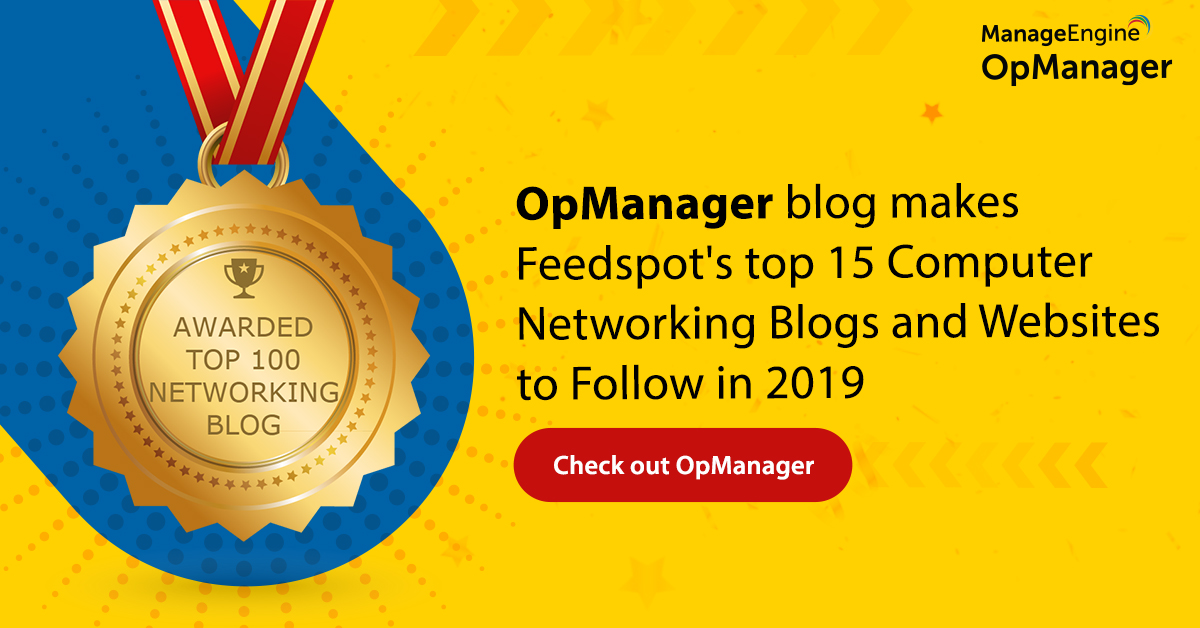 Great news! The OpManager blog has ranked #15 in Feedspot’s top 100 networking blogs and websites to follow. This is a particularly big deal for ManageEngine as we focus on creating valuable content for IT...