Cyberattacks are a growing threat, and organizations are investing time and money in security strategies to make certain that their infrastructures are secure. Active Directory (AD) is a constant target for compromise, as it’s at the core of any organization’s security — it handles authentication and authorization for all users in an organization.

Hardening the security of the network perimeter is crucial, but there is one fundamental step in many attack cycles to keep in mind; Lightweight Directory Access Protocol (LDAP) reconnaissance, or recon, is the process of investigating and identifying weak spots in an organization’s network. These vulnerable areas can be found in AD,  Exchange, SQL databases, and more, thereby enabling malicious actors to visualize and plan out their moves in a domain. Sensitive AD information can also be easily queried by end users, and they require zero privileges to do so. 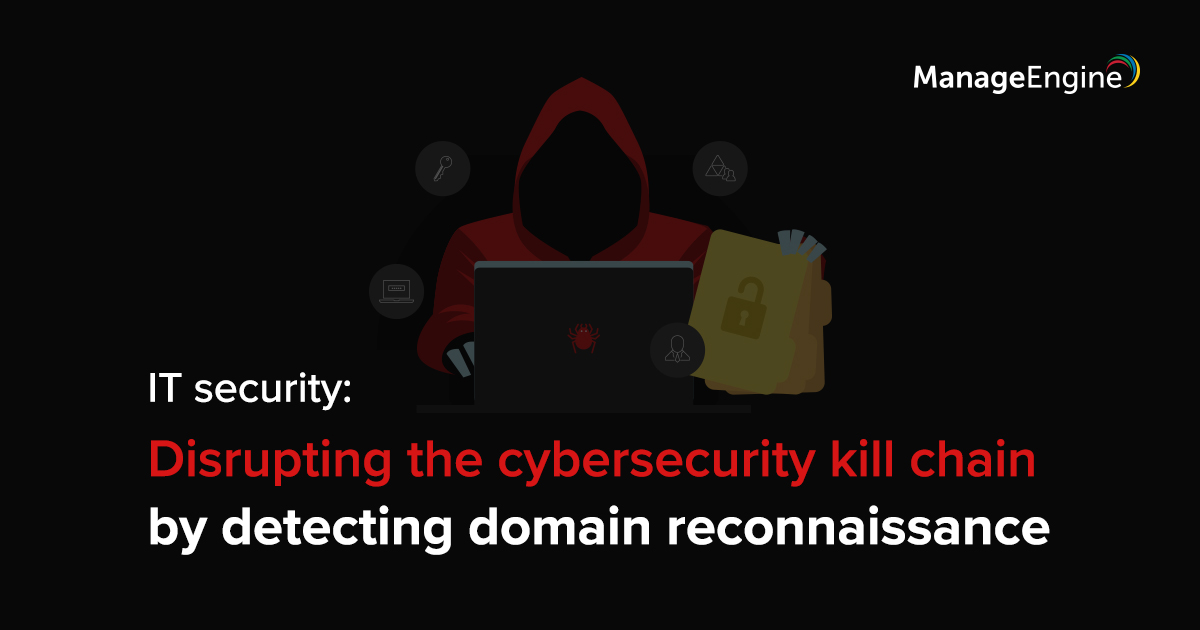 Mapping an organization’s attack surface and analyzing the domain for critical data, misconfigurations, or Windows system vulnerabilities helps attackers plan out their attacks, and establish a foothold that eventually leads to compromise. LDAP is widely preferred by attackers to perform reconnaissance. It’s used to consolidate an entire organization’s AD infrastructure into a central repository, and can be leveraged to instantly search and locate specific information or object data. Therefore, it’s crucial to audit LDAP queries in Active Directory; the challenge is that it’s also cumbersome to differentiate between malicious and legitimate Active Directory LDAP logs using native tools.

What organization’s need is a real-time LDAP monitoring tool that can audit LDAP queries in Active Directory, and instantly raise an alert in the event of a recon attempt.To know more about how exactly this works refer our detailed guide on domain reconnaissance here, and learn how to detect, alert about, and safeguard your organization from potential recon attempts with ADAudit Plus!

IT management and endpoint security challenges are arising due to fluctuating work environments. Organizations are now forced to optimize and innovate faster than ever before. With...