For all you car fans out there, Tesla is all set to release its fastest full-electric production car, the Tesla Roadster, that can go from 0 to 100 in less than two seconds. “What does this have to do with Linux?” you may wonder. Well, these agile machines are not only powered by huge batteries, but also millions of lines of software code, mainly based on Linux.

There is a common saying that goes “Linux runs everything.” From supercomputers to supercars, IoT to smartphones, and even the internet, many of our favorite things run on Linux. A ZDNet study shows that nearly 96 percent of the top one million websites are built with Linux. But Linux’s popularity doesn’t necessarily apply to computers. According to statistics from NetMarketShare, 88 percent of all computers run on Windows, ten percent on macOS, and the rest on Linux.

Linux isn’t the most ubiquitous OS, but it often runs on the one percent of systems that are entrusted with business-critical operations. These are the contingency machines that back things up even if everything falls apart. This isn’t just because Linux is often more secure, but because it’s reliable too.

The lesser known type of OS

There’s also a third category of OSs that’s not spoken of much and enjoys the best of both worlds: licensed open-source OSs. These are the operating systems that have both enterprise and open-source editions. The best examples are Red Hat Enterprise Linux (RHEL) and SUSE Linux Enterprise Server (SLES).

SUSE Linux, represented by Geeko the chameleon, is the world’s first provider of an enterprise distribution of Linux. It was the first to introduce several features like Live Patching and Geo Clustering to the Linux community. With Live Patching, patches can be applied to the kernel without having to reboot the system, reducing downtime from interrupted operations. It also comes with its own package handler, Zypper. Zypper offers various functions like repository access, dependency solving, and package installation.

What does the chameleon say?

If this phrase managed to bring a smile to your face, you’ve probably come across the series of parody videos from SUSECon. Aside from great parody videos, SUSE Linux offers a truly community-driven environment coupled with the reliability and support of a licensed product.

To keep systems updated and secure, SUSE Linux releases an average of 300 patches a month that address various vulnerabilities and bugs. Managing these packages with Zypper is fairly easy for a smaller group of computers. But the real trouble shows up when there are more than five endpoints in your network. Manually checking for computer updates and applying them is a cumbersome task. So, SLES must be entrusted with a patching solution that is reliable and also offers complete control over the patches.

How can Patch Manager Plus help?

Patch Manager Plus, our complete patch management solution, supports all major flavors of Linux (e.g. Ubuntu, Debian, RedHat, and CentOS) in addition to Windows and macOS. It’s a comprehensive solution that offers great reliability and total control over patches. With Patch Manager Plus, admins can deploy, rollback, and decline patches for a specific group of machines. Here are some of Patch Manager Plus’ features that make it an all-round patching solution: 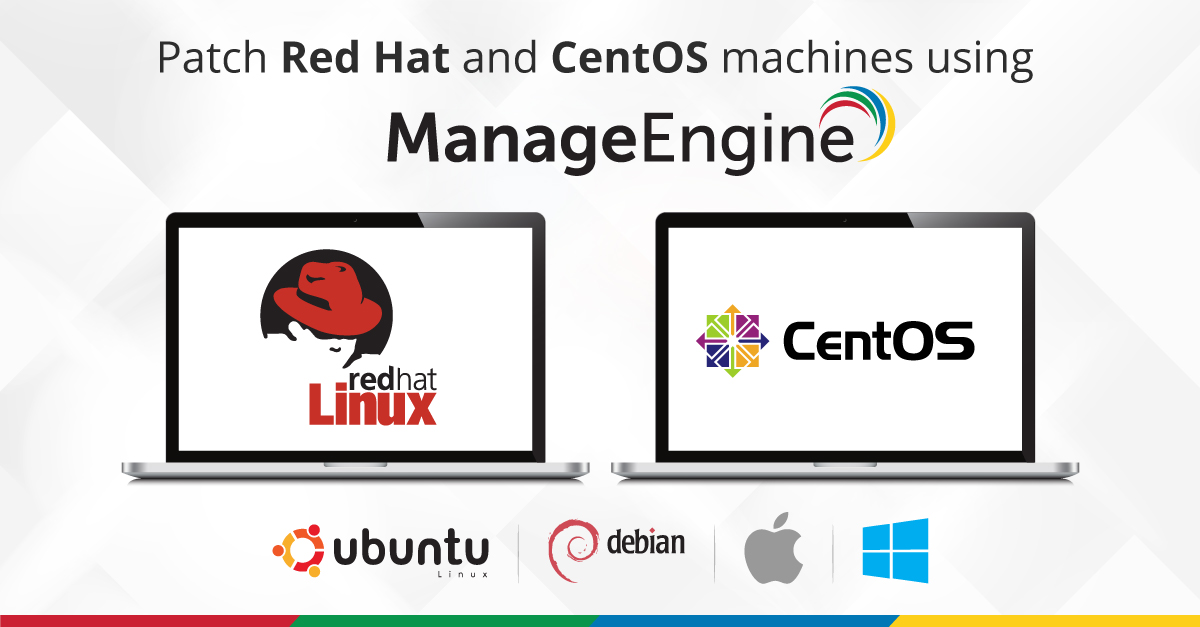 Linux security and patching: Are you as safe as you think you are?

A common question posed by enterprises when it comes to defending against cyberthreats is “Which operating system is most secure?” There are only a few...