Five worthy reads is a regular column on five noteworthy items we’ve discovered while researching trending and timeless topics. This week we are exploring a user’s choice between privacy and monetization. 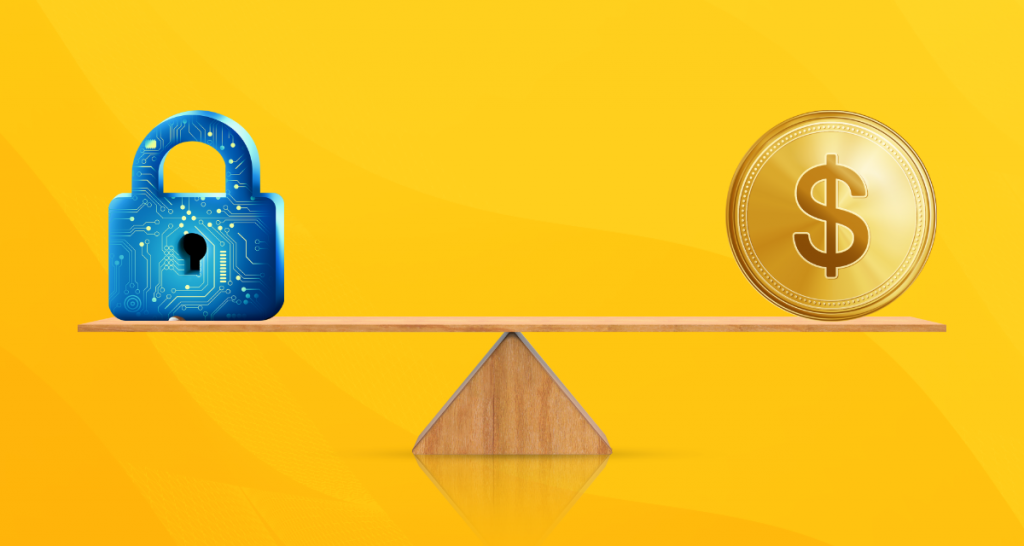 Since the advent of the internet, personal data has been collected by internet companies in exchange for free services or content. This barter was also intended to provide personalized services to users. However, these data harvesters started selling data to advertising agencies for huge profits, which resulted in predatory marketing efforts towards internet users.

There’s a saying that goes, “If you’re not paying for the product, then you are the product.”

Many users are still in the dark about what data is collected and for what purpose.  A study by Pew Research Center revealed that around 81% of Americans feel they have very little or no control over the data collected by internet companies. Adding to this, 79% are somewhat or very concerned about how this data is used. A key issue here is the lack of transparency and control.

The AdTech industry, worth $438 billion in 2021, is set to drive the internet advertising industry to $1 trillion by 2030. It is, however, ironic to see that the most valuable asset driving this phenomenon—user data, which originally belonged to the users—is now owned by the data collectors, and none of the profits reach the users.

However, what if you get paid for your data?

Amidst all of this, there are companies that provide economic returns to users who are willing to share their personal data and, interestingly, there are takers for it. Users can opt in and control the data being shared; in return, they receive incentives such as reward points, gift coupons, actual money, or event cryptocurrency. These organizations claim to be after specific insights on internet behavior rather than actual personally identifiable information (PII).

DataCoup incentivizes users for access to their social media profile. Instead of personal data, they’re looking for insights on what type of content is accessed and preferred. Users are expected to earn around $8 per month. The National Consumer Panel collects purchase data in exchange for reward points, which can be collected and used to redeem prizes. Think about the possibility of selling your user data as a passive income stream!

Let’s look at five interesting articles that discuss this trend.

Data brokers play a crucial role in facilitating awareness on the use of personal data and empowering data subjects by ensuring they have control over what data is shared. However enticing the offer may be, the focus is still on securing personal data. The goal is to allow consumers to decide what data needs to be shared and to reward the consumer with a part of the revenue generated.

Let’s assume that someone is opting in to get paid in return for their personal data. The next question is, what’s that data worth? The value of the data depends on factors like supply and demand, and how the data brings value to the company.  Interestingly, this is also dependent on the company buying the data. A complete healthcare record is more valuable than just a single piece of PII such as a Social Security number.

There is a disconnect between the people who create value via their data and the ones who receive it. At some levels, regulators, politicians, and privacy-first companies are vouching for users’ rights to be paid for the value generated by their data. The privacy-first browser, Brave, pays 70% of its ads revenue to its 42 million users.

We’re at the dawn of a new internet era, Web 3.0, which is set to change the data ownership landscape and bring data ownership back to the users. Web 3.0 facilitates decentralization and promotes user sovereignty, which primarily makes it an opt-in system. The future of Web 3.0 promises a far more secure and transparent environment, so users can choose what data they want to share and regain ownership of their digital footprints.

Taking a step back, we need to understand that these economic opportunities arose from an ad-based ecosystem that lacked trust from consumers. The end of the traditional personal data economy need not be the end of value creation: It should evolve into a better ecosystem where there is an equitable distribution of wealth. Internet companies need to be transparent while collecting data and keep end users informed on how this data will be used in simple language.

Where AdTech is headed

Gartner predicts 65% of the world’s population will be covered under modern privacy regulations   by 2023. Besides governments, privacy-first organizations are also taking proactive measures to return control of personal data to the users. In 2021, Apple provided an update that allowed users to opt out of tracking by data harvesters. This raises a set of important questions: How will the internet sustain itself? Will advertising become more difficult and expensive? How can smaller companies keep up with increasing costs?

Internet companies will have to look for alternative data or turn to AI to gain insights and sustain the AdTech industry. The digital privacy war could also result in internet companies shifting to alternate revenue models such as subscriptions.

Disclaimer: This article discusses a trend that could revolutionize how users interact with the AdTech industry. However, in no way, shape, or form does it endorses the idea that an individual should opt to earn money in exchange for their personal data.

Five worthy reads is a regular column on five noteworthy items we have discovered while researching trending and timeless topics. This week, we explore the...