How strong are your passwords?

If you’re in IT, you likely know that you should never use weak passwords to secure your business accounts. However, with the average business user using around 191 passwords, the battle was lost 100 passwords ago. Users cope with their password-saturated lives by using weak, easy-to-remember passwords, which poses a serious threat to your organization’s security.

When an employee uses a weak password for a business account, they put the entire organization at risk by exposing the network to the outside world. Once a hacker cracks this password, they can misuse the user’s identity, take full control of the accessible network resources, gradually try to breach accounts with higher privileges, and much more. 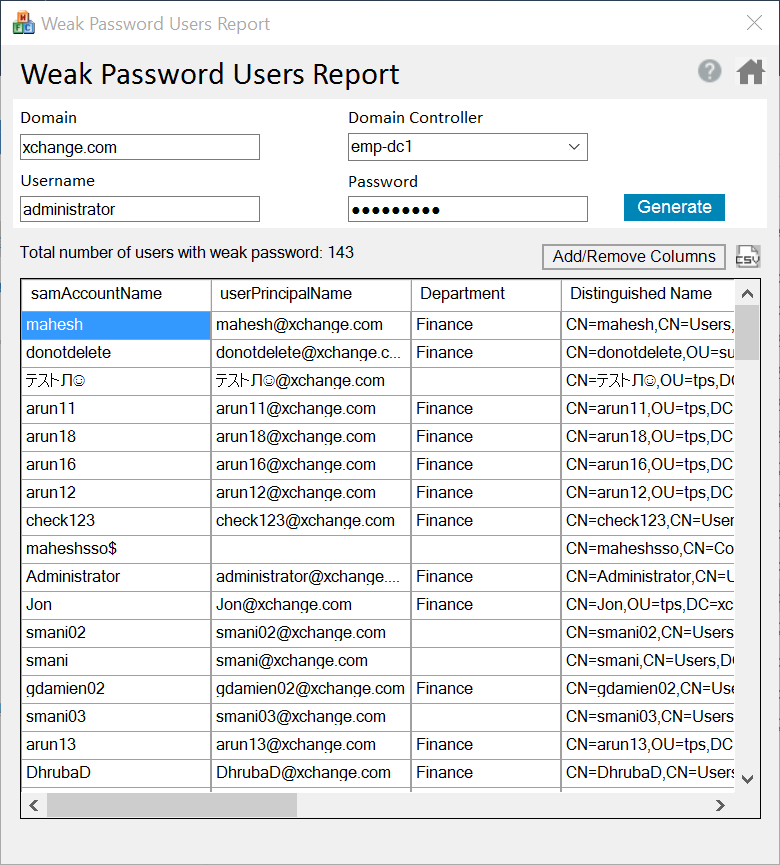 With this free tool, admins can view a list of user accounts that are utilizing weak passwords. What’s the next step? You must ensure that users use strong passwords for all their accounts. This is where ADSelfService Plus’ password policy enforcer comes in handy. It allows admins to enforce custom password policies that block dictionary words, patterns, and palindromes, and it utilizes other advanced techniques as well.

Stay on your toes!

To protect your organization from hackers and their constantly-evolving methods of attacks, it’s vital to create new password policies and update them as needed. ADSelfService Plus helps you create strong password policy controls for Active Directory and enterprise applications to keep prying eyes out of your employees’ accounts.

Want to explore more? Go ahead and try ADSelfService Plus free for 30 days to see all these features in action yourself!