How do you begin working with Active Directory Domain Services (AD DS)? If you have read the previous parts of this blog series, you will know that Active Directory (AD) is a vast subject. In this series, we have chosen topics to help familiarize you with theoretical AD concepts and equip you to work with AD. This blog offers practical AD exercises to help you get started.

Understanding the life cycle of all AD objects, from creation and modification to deletion, is necessary. You also need to know how to troubleshoot account activities and master Group Policy management to optimize AD administration.

In this blog, we will cover the following topics:

Prerequisites for practicing and experimenting with AD

Before you start working on AD, you need to ensure a few things:

➤ One of the VMs has to be promoted to the domain controller (DC) with AD DS installed on it. This VM must run Windows Server 2012 and above.

➤ The other VM will be used as a client computer that can be joined to the domain of the DC. This could be any client workstation with any OS installed, such as a Windows 10 workstation.

At an organizational level, AD administrators have to ensure that the forest and domain functional levels of all the DCs in the AD domains are configured appropriately.

In our case, for practice, let us set up a new domain called ad.practice.com. In order to do so, ensure the following:

➤ Configure a static IP address on the server by navigating to the Ethernet settings on the VM that is to be promote to the DC.

➤ The DNS of this VM should be pointing towards the server IP configured in the previous step to ensure reliable discovery of the machine in the domain.

➤ To install AD DS on the virtual server, use the management console called Server Manager. The Manage tab in Server Manager lets you locate and add the AD DS role and its associated features.

➤ The wizard will take you through the process of installing this role on the server.

➤ After successful installation, this server will have to be promoted to a DC, as indicated by a notification flag.

➤ While promoting the server to a DC, the deployment configuration settings allow a new forest to be created. The name of the new forest is usually the name of the first domain (root domain) that is created in the forest. In our example, it is called ad.practice.com (Fig. 1). 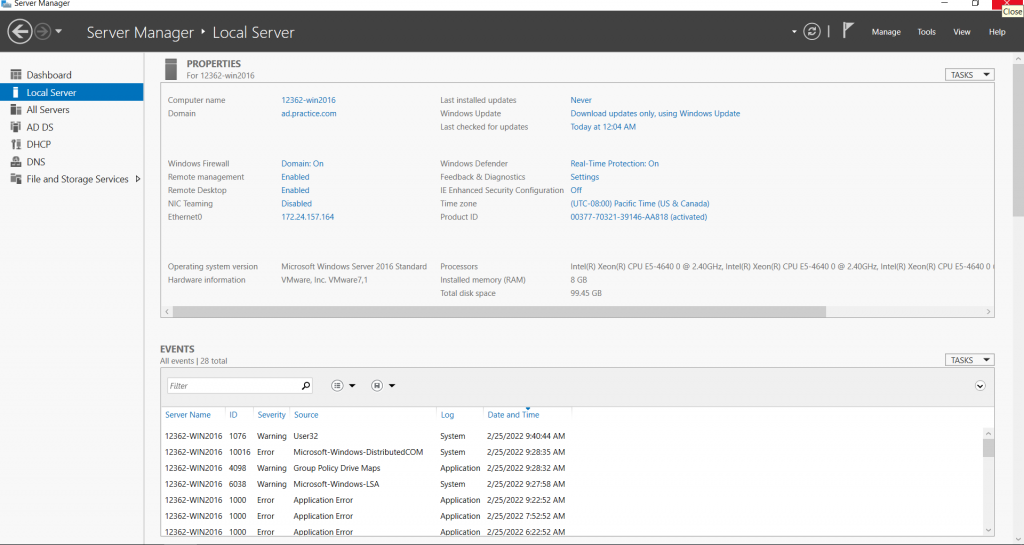 Figure 1. This screenshot shows the Server Manager dashboard with the Manage tab in the top-right corner.

➤ Other settings, such as the domain and forest functional levels and the DC capabilities (including the setup of the DNS and global catalog), can be added and set to the default options presented.

➤ The NetBIOS name, which is an easily identifiable logon name, and the location of Ntds.dit or the AD database files are some of the other settings that can be finalized at this stage.

Once the promotion of this server to a DC is complete, you have the authenticating, authorizing central server ready for use.

The other VM acting as the client computer will need to be joined to the domain created in the steps above. More on this is covered in a later section of this blog called “Computer accounts: Understanding their role in AD environments.”

AD management tools to focus on

In order to begin your AD exercises to create and manage the two kinds of AD objects covered in this blog (users and computers), you can use two primary tools through the Server Manager dashboard:

Both of these tools have similar capabilities and help you manage and administrate AD domains and objects.

User accounts: Working with the most dynamic AD objects

Users are AD objects that need authentication to join AD domains. Once authenticated, users can be given various permissions and privileges to be authorized to access resources within the AD environment. Both human users and applications that require access to work in the connected network are identified as user accounts.

Users are often grouped into other AD objects called groups. But first, let us understand how to create, modify, and manage individual user accounts.

To create a user with ADAC, follow the steps below: 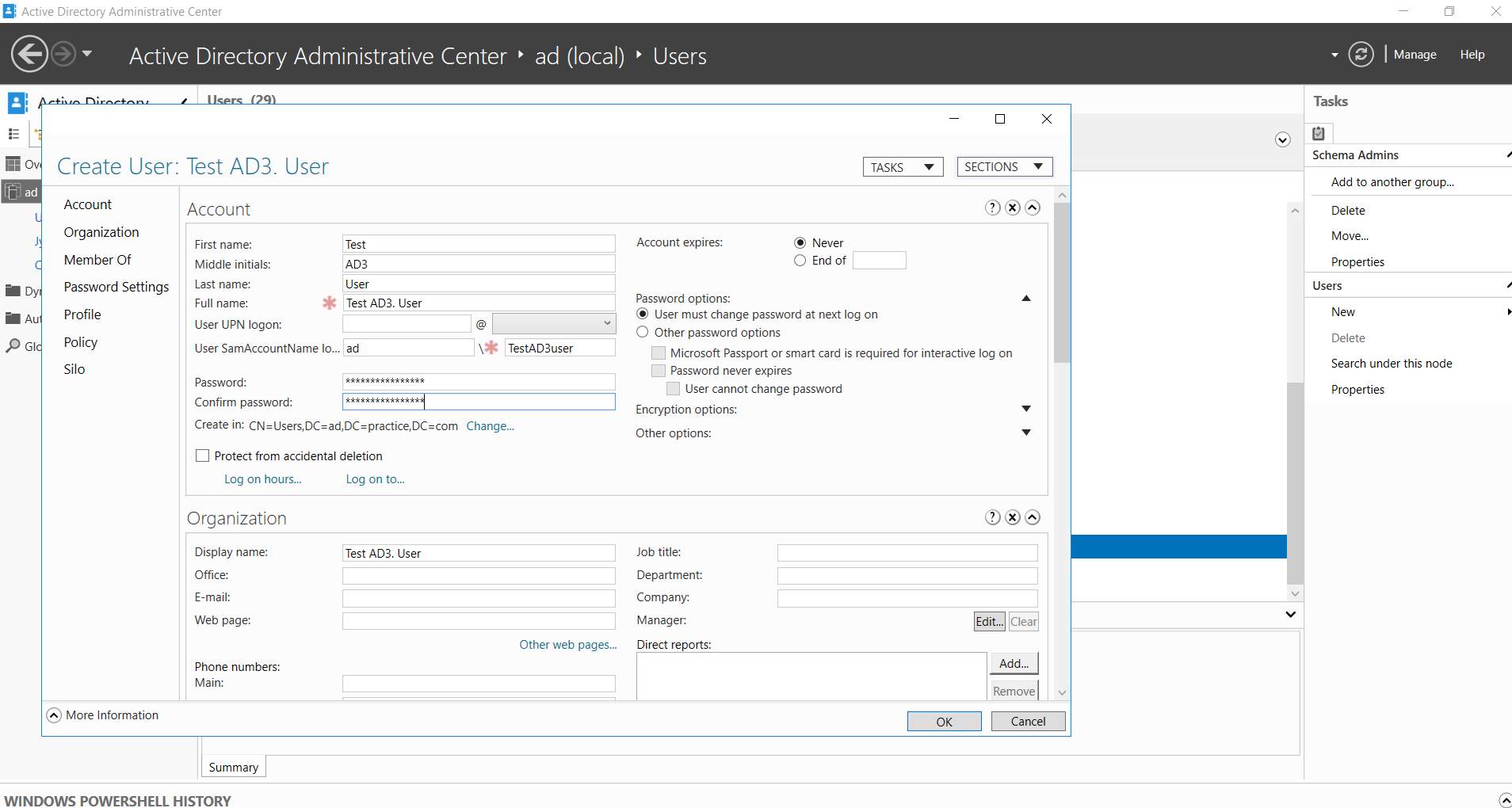 Figure 2. This screenshot shows how to create a test user with ADAC.

To create a user with ADUC, follow the steps below: 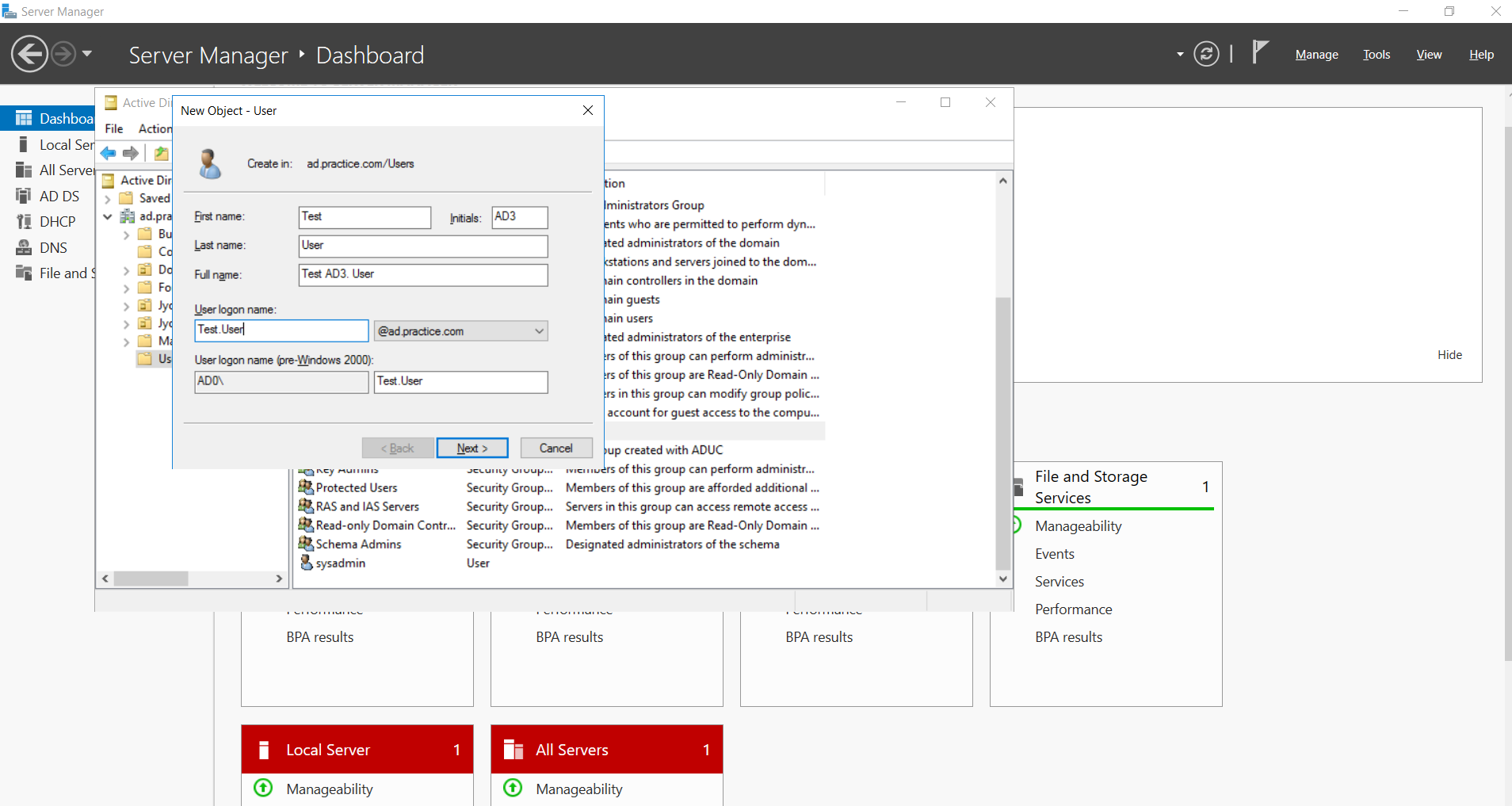 Figure 3. This screenshot shows how to create a test user with ADUC.

At the end, do a final review of all the details before completing the new user account creation process (Fig. 4). 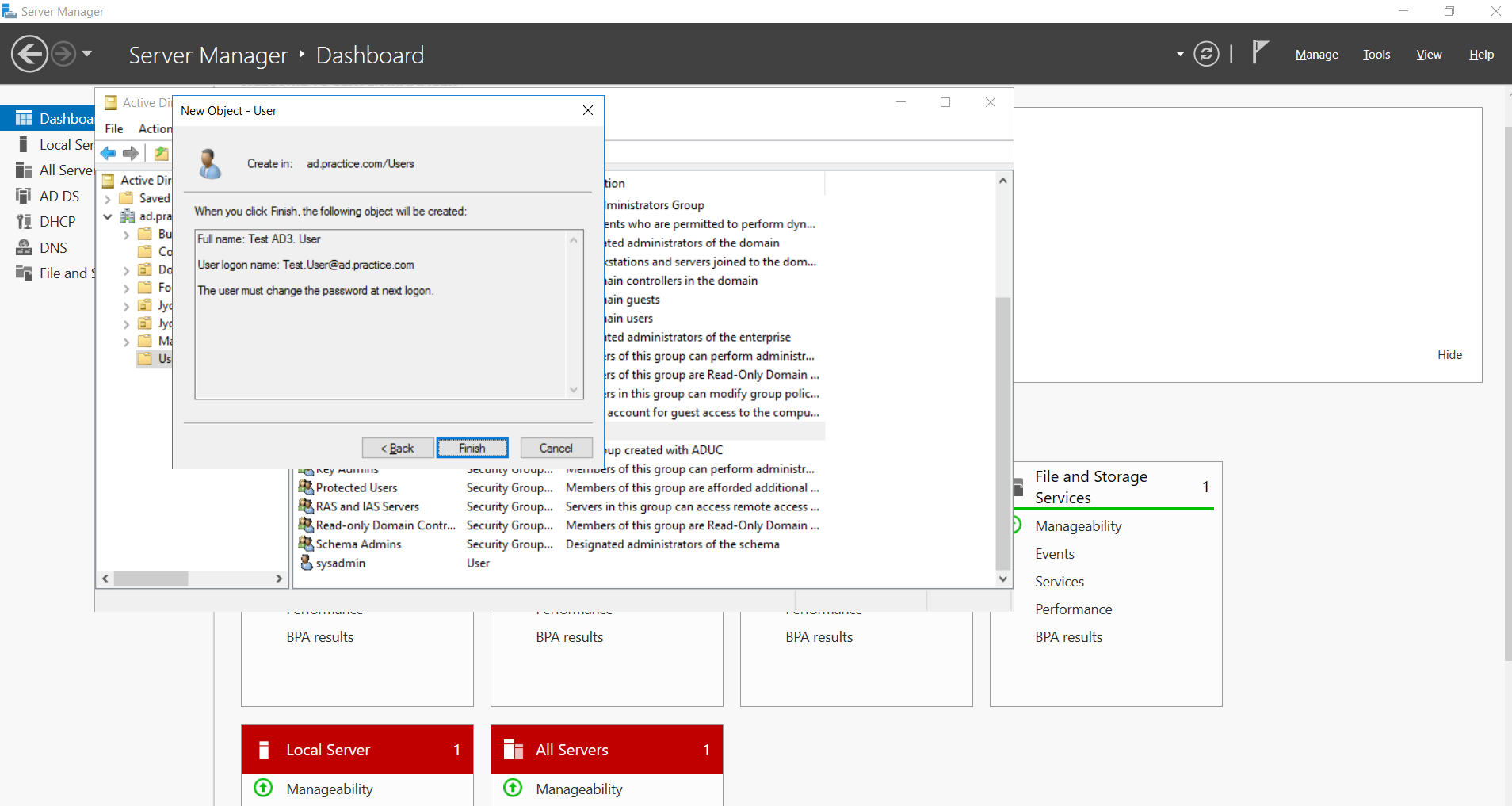 Figure 4. This is the final review of the user details for new object creation in ADUC.

As the complexity of the data associated with every user account increases, the information to be provided in the user creation process increases. To minimize the chance of errors, maintain a template to create new users or even use the copy functionality in both ADAC and ADUC to make minimal changes to already existing, standardized user account creation windows.

Administrators will have to create users in bulk in most scenarios. For this, PowerShell cmdlets can be used to automate this process rather than working with ADAC or ADUC.

You can modify and manage user account properties using the option to view and edit the properties of the users (Fig. 5).

In cases where users are no longer part of the required environment and have to be deleted, right-click the respective user and select the delete option.

Troubleshooting user accounts is another critical aspect of mastering the management of AD environments.

The creation, modification, and deletion of user accounts is performed by the administrators according to the unique demands and policies of their organization to manage new hires, department changes, employee turnover, and more.

Managing user accounts in an AD environment might appear a complex process, but in reality, AD services always mimic a real-world business setup and help in the effective management of all of an organization’s resources.

The creation, management, and deletion of computer accounts is similar to the life cycle of user accounts. To manage computer accounts effectively, computers can also be organized into AD groups and containers to which group policies can be assigned.

Computer accounts can be created in two ways:

Working hands-on with the computer VM

Creation of computer objects in AD

To create a computer using ADAC, follow the steps below:

Refer to Figure 6 below to create a test computer called “TestAD3Computer” using ADAC. 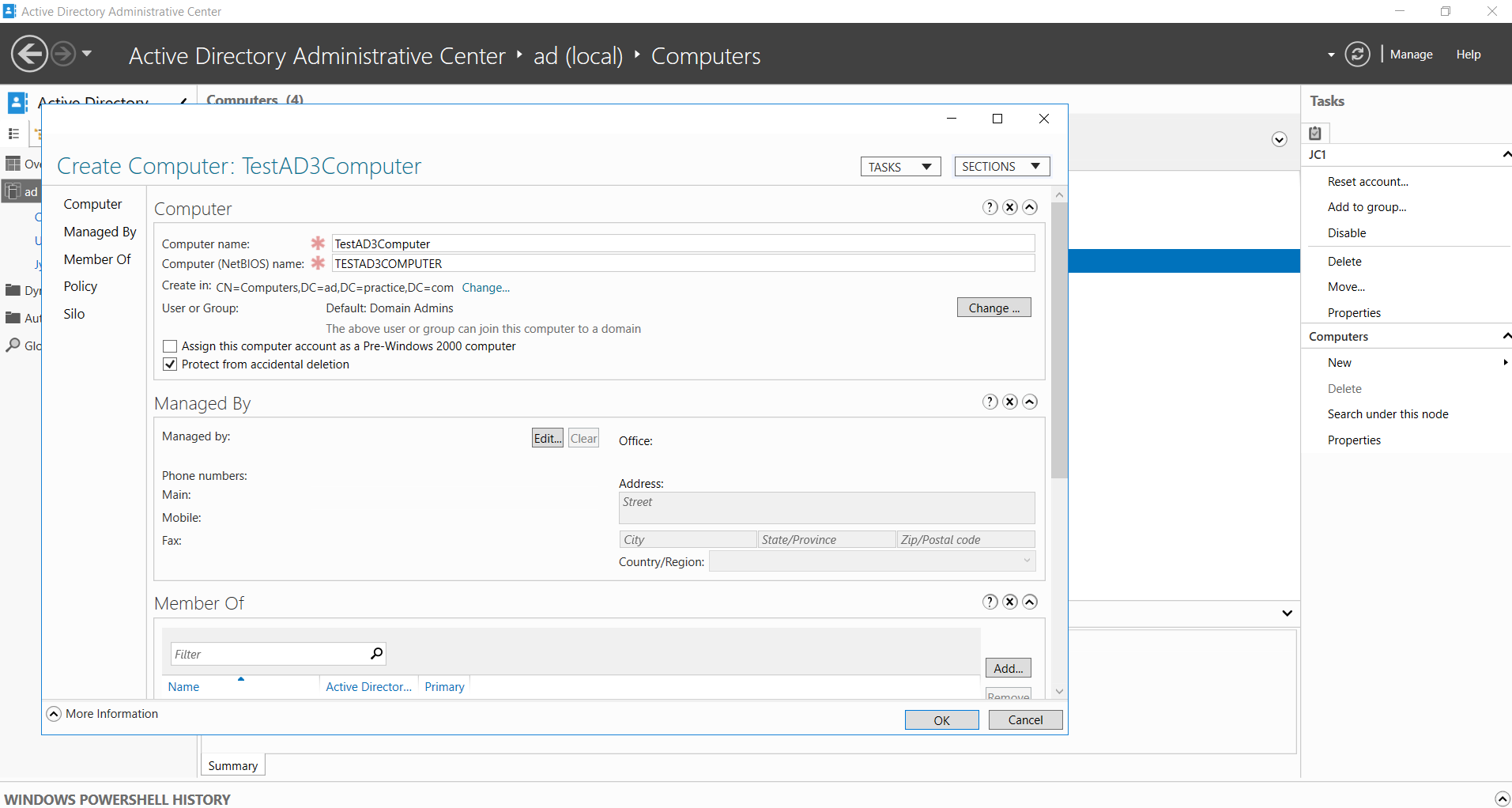 Figure 6. This screenshot shows how to create a test computer with ADAC.

To create a computer using ADUC, follow the steps below:

Refer to Figure 7 below to create a test computer called “TestAD3User” using ADUC. 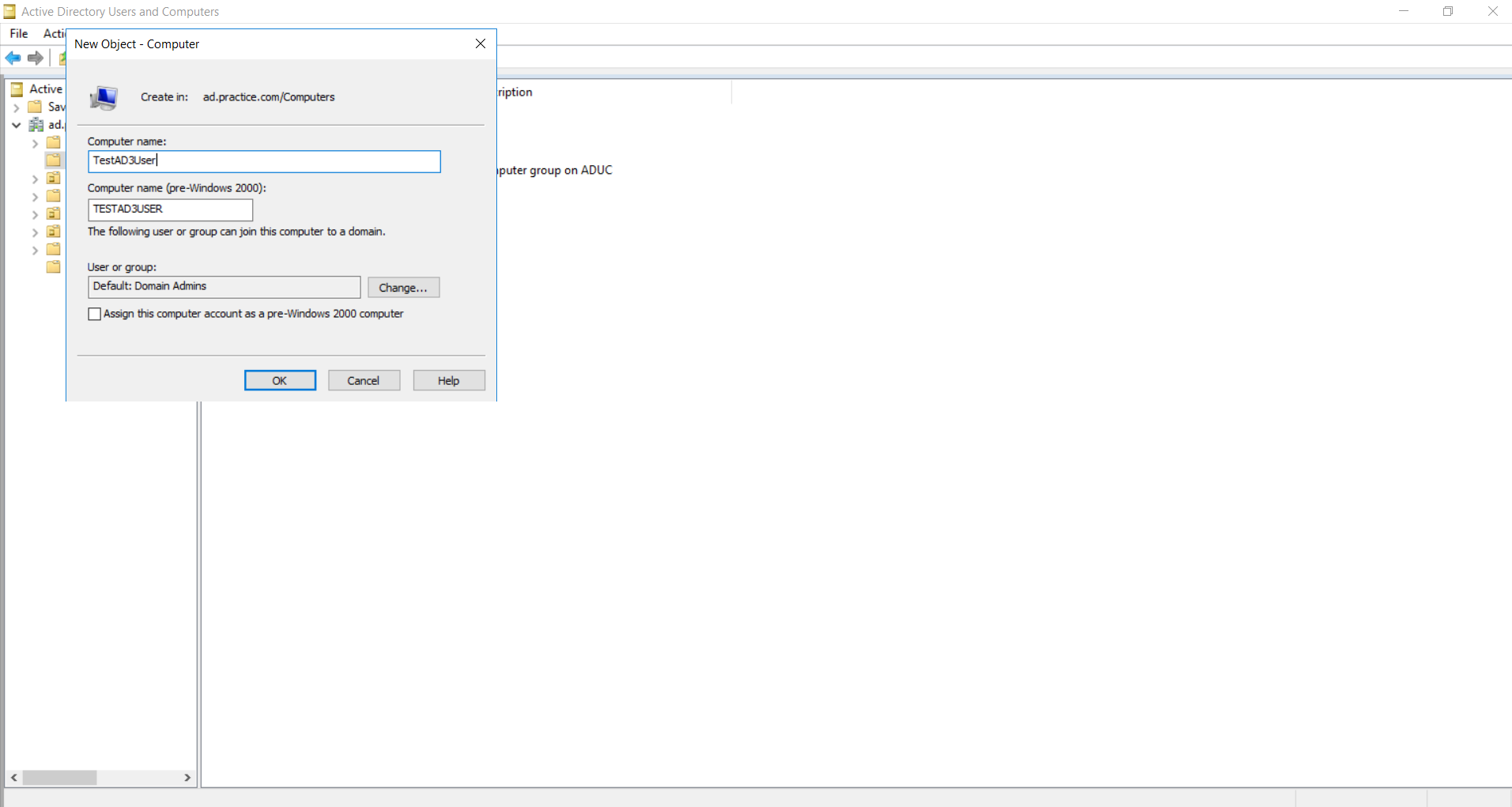 Figure 7. This screenshot shows how to create a test computer with ADUC.

To delete computer accounts through either ADAC or ADUC, right-click the desired computer and select the delete option.

In this blog, you have been introduced to two of the most critical AD objects and their management through ADUC and ADAC, the two most popular AD administrative tools.

AD groups and OUs are the next AD objects that require deeper understanding. Stay tuned for the next blog in this series to learn about them.