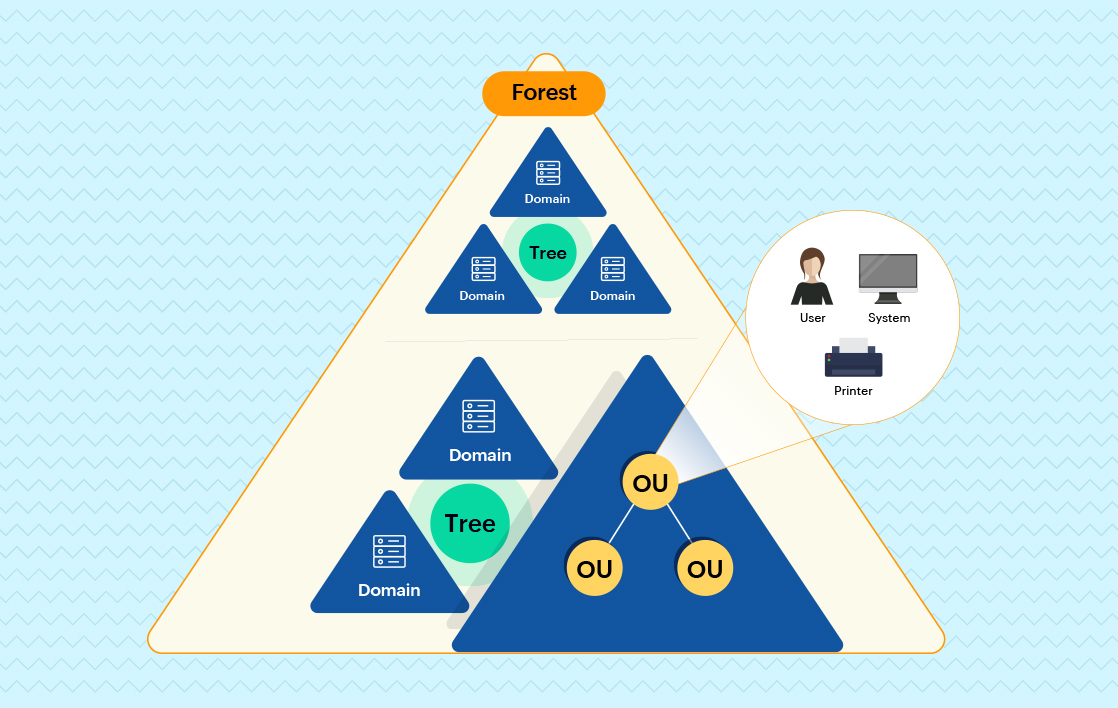 Consider an enterprise or a complex business set up with many connected network resources.

In order to ensure the effective management of these resources, IT administrators use AD and its components, including AD DS. AD is set up to centrally configure, group together, and manage a logical collection of network resources in an AD domain.

Grouping network resources logically to form an AD domain is done by the administrator. All these domain objects may share the same central domain controller (DC). A Windows environment that has a DC with AD DS installed and functioning as the central authenticating and authorizing node is called a domain-controlled environment.

AD follows a client-server architecture with the DC being the central server that services the other connected network resources in the domain. The DC has complete domain authority and controls the authentication and modifications to all network resources contained within its domain.

Now, let us look at two of the most fundamental processes of an AD environment:

Authentication: Authentication is one of the core functionalities of AD through which the identity of any user that logs on to an AD domain is checked and access is either allowed or denied. The process of checking identities in very definitive terms forms the basis of the authentication process. Identities can be authenticated through any of the following three ways:

Authorization: Authorization is the other core functionality of AD, which successively follows the authentication process. Access and permissions to use appropriate network resources and other relevant data are granted to users through authorization. This process takes place with the generation of security tokens checked against a predefined set of rules unique to each user.

Authentication and authorization form the basis of identity and access management.

To further strengthen your understanding of AD, here are definitions of some of the most important AD properties:

Now that the basic concepts of the AD environment have been covered, let us dive into the purpose of having an AD set up in any business:

These are some of the basic yet critical concepts to grasp when beginning your study of AD. Follow this series to drill down deeper and strengthen your understanding of various other aspects of AD.

Do new users created on one domain controller (DC) of an Active Directory (AD) environment, ever get erroneously deleted only after a few minutes by...